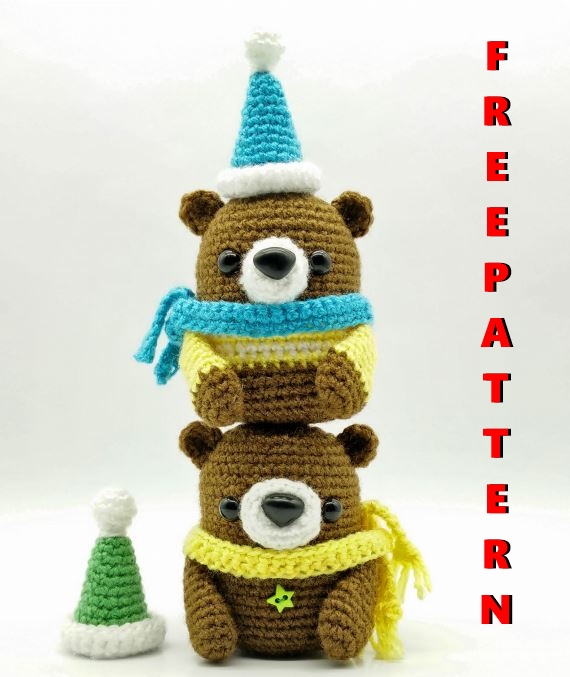 Desinger : https://talesoftwistedfibers.wordpress.com/
This is an original pattern by Tales of Twisted Fibers

FINISHED SIZE: 3.5 inches [9 cm] till the tip of
their ears / approximately 5.5 inches [14 cm] with
their hat on when made with the indicated yarn.

Next, we will secure the arms to the body to prevent
it from moving.
Thread a yarn needle with brown / yellow yarn.
Insert needle from the bottom of the body, bring it
out from the area where the arm rest against the
body, which would be around Rnd 19. Make a tack
on the inside of the arm (between Rnd 10 & 11),
push the needle back into the body, and bring it
out from the bottom the body. Knot the yarn ends
together a few times to secure. Clip off excess yarn
and push remaining yarn back into the body.